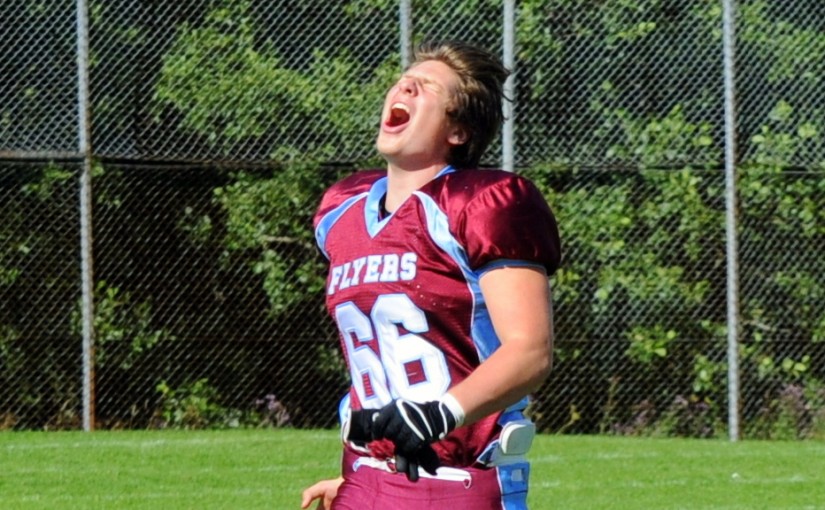 After too much cake you get tired of it and want plain crispbread.
It takes just ten minutes for the nose to get used to foul odor.
Champagne every day makes you jaded until it tastes just like water.

So why is it that you just can’t get enough of the euphoria of seeing our kids struggle their way to well-earned victories?
And why do the bitter defeats still tear our hearts apart?

Maybe, the emotions we experience cannot be stored in our memories like the taste of cake is stored.

We remember the joy, we remember cheering, we remember shedding a tear and tried to hide it behind the sunglasses or that big camera.
But we don’t remember the very feeling, the one that bursts through the mental boundaries and transform to pure physics that make our entire bodies react.

I have been at the football fields of Skövde and become devastated for our kids’ sake, after the loss that just could not happen.
I have been there pinching my arm after the victory that no one dared to hope for.

You cannot get jaded. You never get used to it.
You can learn to handle it, you can learn to recognize your reactions, but the feelings remain equally strong through the successes and setbacks of our kids.

Maybe because it is about our kids. We care about our kids (either as parents or as coaches) and it will always be easier to handle and mitigate reactions regarding ourselves, than the ones regarding our children. I guess it relates to genetics and something evolutionary. 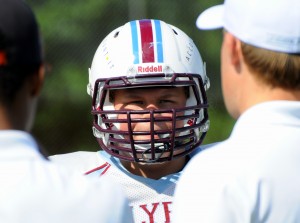 this, after the game rips his helmet off and shouts/cries to anybody listening:

Damn guys, I love playing with you!
I love you all!
This is the **** best thing there is!

But today was one of those tough days.
A few moments of hope, and an insidious treacherous feeling that perhaps jinxed the day by us allowing it to surface; could this be the year, the year when it happens…?

Our U13 team lost against Tyresö. Okay, U13 may not be as insanely successful as they were last year. But they have a good team. The guys have a lot of fun. No reason to hesitate, just go for it. Anything is possible.
A victory for our U15 team. A 2-0 record. A hope. A feeling. An intoxicating belief that this team, this coach, can finally reach as high as they so well deserve.

And then a few hours of wait before the next games…
Sure, the sun felt good, the shopping was fun for our daughters, and the hamburgers were decent today too. But just waiting is hard. Dozing off on a blanket in the sun for half an hour gives no good rest, the thoughts continue spinning around the next games. And still, I am just a guy watching the game.

Why do we get so committed, why are we so apprehended by all this? 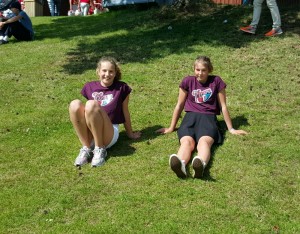 Well well, the shopping was successful, the younger sisters were equipped like true Flyers supporters.

We and the teams prepared for the afternoon games.

Flyers U13 took on Kristianstad Predators. And they did it so well. Such a relief to go over to their pitch and see our little ones take a solid victory. Final score, 36-6.

But the really hyped game was the group final between Täby Flyers U15 and Uppsala 86’ers. The winner would finish first in their group and get to play for the Gold tomorrow Sunday.
Is this when it happens?
Is it really time?

It almost happened. But it evolved into one of those games that was totally ripped apart by these sometimes so hated yellow pieces of cloth that fly out of the referees’ pockets. And today, the cloths seemed very eager to fly.

I quickly dropped the bill, but Flyers were hit by 15-20 flags during the game for at least 100 yards, and most of it during first half. Uppsala had maybe three offensive plays and scored TD on two of those plays, plus 2 point conversions.
This while Flyers kept working their offence, lined up successful plays, but were flagged like never before. This team of referees definitely had a much higher ambition of finding the smallest infractions than any other during the tournament.

The last thing to do is to blame the referees. So I won’t. They treated the 86’ers the same way as the Flyers. But since we, especially during first half, almost only played offence, it was of course easy for the refs to find a holding, a block in the back, an ineligible player downfield, and even a tripping flagged on our center.

Anyway, they scored twice, and we scored twice. But if you don’t score on your PATs you fall behind. 16-12 to Uppsala at halftime.

Second half, and Flyers kept struggling. Not quite as many flags, but also a bit less accuracy on our offence. Or better defense by them, perhaps. A single successful play by Uppsala gave them 22-12. They had now had three successful, long plays on the outside, and gone all the way each time.

These three plays were enough for Uppsala. And they were enough to give us parents that heartbreaking pain of seeing our kids miss the opportunity to play for the medals tomorrow.

It sure hurts, but when our kids have coaches that squeeze the very last bit of energy out of themselves to stand tall and give their players the hardest of speeches, the speech of a defeat, a speech that hopefully, and probably, will make the kids able to walk away with the feeling and the knowledge that this was one game, one day, one year, and just one game of many many to come, then this game will have strengthened our kids instead of break them down.

The fact that these coaches don’t collapse to a tiny little smudge afterwards is beyond me. They have their “kids” in there too, they feel and experience everything that we as parents do. As parents we raise our children outside the field, our coaches raise and teach them on the field. They will inevitably take blame when their goals are not achieved. Even so, they stand there and empty the very last of themselves to continue building and strengthening our children when the circumstances just want to break them.

The coaches of Täby Flyers are my heroes. The spontaneous applause they got when entering our dinner for families and fans tonight was so well deserved.

Seeing our U17 stumble on the goal line and lose their very close group final against Örebro Black Knights with just 6-0, and getting the news that U13 lost their lead against Göteborg Marvels to a tight loss, did not help bringing up the mood tonight.

But this was just one day in the long football lives for our children.
It is just too bad that it hurts so bad for us on the side line, and that we never get used to the emotions.

RESPECT ALL – FEAR NONE